Main page
World News: Wars, Politics, Economy
In the Sverdlovsk region, the mushroomer punched a bear and then ran away
Discuss
2
The mushroomer managed to survive when he met a bear. A resident of the Sosva village went for mushrooms to the forest. He had only a small penknife to cut the mushrooms without damaging the mycelium.

The 44-year-old man said that he had met a bear with her cub in the forest. The bear attacked the mushroomer and knocked the knife from his hand with her paw. Fortunately, the man covered his head with his hands. He desperately grabbed the bear over the head and began to punch with his bare hands. 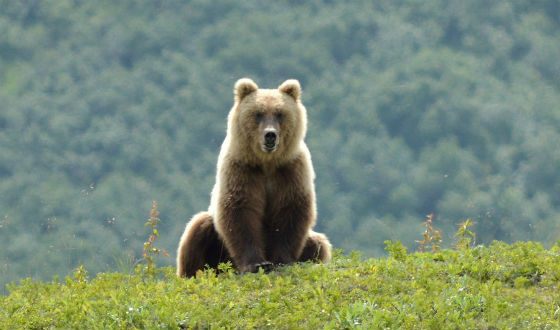 At the Ural, a man survived after a bear encounter
The bear was surprised by this turn of events. She sat down and began to shake her head. After that, she ran away from the glade and the cub followed her. The mushroomer ran to the glade where cellular communication worked. He immediately called to a friend who picked him up by car and took to the hospital.

Unfortunately, a meeting with one of the most dangerous animals in the world hasn't passed without losses for the man. He has got multiple injuries such as lacerations of the head and arms and also damage of right hand and right ear. The animal almost bit off the man's nose but it was reattached.