On Monday, May 28th, administration of local school #35 received an appeal from angry mother. The classroom teacher of her son (her name is Lidya Ergina) forced boy to brush his teeth in front of all the class. The teacher said that schoolboy’s breath was stinking. The whole week before incident, she regularly made «stinky» taunts in his address. 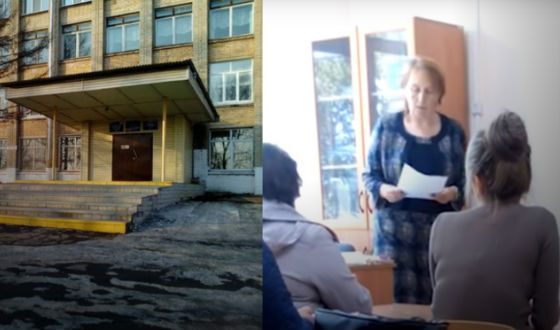 School #35 and the rude teacher
Later on parents’ evening the teacher apologized to the boy’s mom, but noticed that it was only «game in educational process». Besides, other parents are sure that the reason was far-fetched. Actually the reason of bullying – the boy refused to make a fee on new class curtains unlike other students. That way the teacher wanted to humiliate «disobedient» student.