Reportedly, the man who lived in the Ugra town, decided to celebrate another winning in the game drinking a portion of alcohol. Getting up from the table, the blogger fell into the glass board and was heavily cut, damaging an artery. The ambulance arriving in hot could only confirm Aksenov’s death. 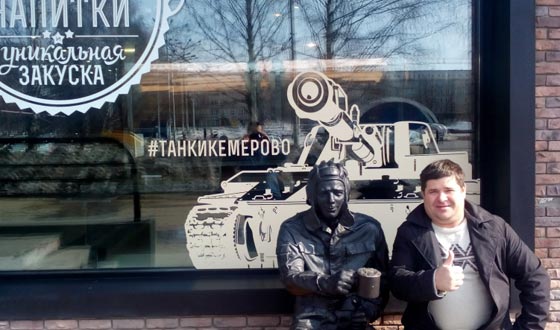 A World of Tanks streamer Sergei Aksyonov died playing a gaming marathon
We will only add that Aksenov was known among virtual tankers as «Sergey Anatolievich» and «The Best Tank Commander.» The World of Tanks players who knew him note that Sergey was not an outstanding «tanker», but everyone loved his positive and cheerful streams. The player owned his YouTube channel with many subscribers. By the way, the majority of them didn’t believe in Aksenov’s death. Some Internet commentators have taken to mock the deceased streamer, stressing that he has not achieved his goal of 50 per cent of wins in the WoT.

The World of Tanks is a multiplayer game about tanks, created by Belarusian company Wargaming and is distributed as «free, shareware». The game has been around for seven years already and enjoys immense popularity.

Ricky Whittle who are his parents
5.3

Zayn Malik who are his parents
4.8