A teacher Will be Judged for the Word «Fool»
Discuss
A teacher who wrote on her pupil’s forehead will be judged in Saint-Petersburg, Russia. She wrote the word «durak» («Fool») on his forehead with a permanent marker.

The incident in one of St. Petersburg schools happened at the end of September 2017. The second graders were fooling around during the lesson, they were drawing «tattoos» on each other hands with a marker. 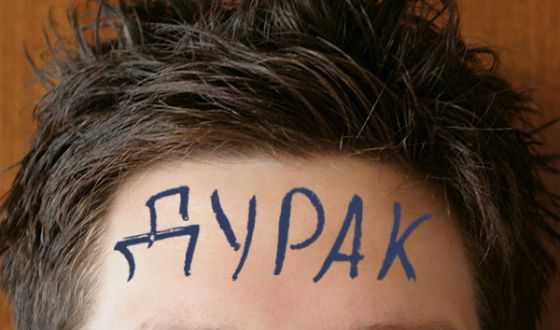 The teacher will receive a penalty for insulting a child in St. Petersburg
The teacher made the remark to the children several times. They did not heed her demands, she came to one of the children, grabbed a pen and wrote on his forehead the word «Fool». The parents complained of unethical behavior of a teacher, and the woman was fired.

However, dismissal was not the end. There was initiated a case on administrative offense. Soon a court must be held, which will decide what kind of responsibility the teacher will suffer for this act. The teacher may be judged to pay a fine from one to three thousand rubles for insulting.

Holt McCallany where does he live
5.0

Shakira does she have a husband
5.9

Angela Merkel who are her parents
5.9

Mark McKenna does he have a wife
4.9