Main page
Celebrity News
Steve Buscemi and Joe Andres: how did their happy story end?
Discuss (1)
The two met in New York in the early 80s. Then Steve was not yet a Hollywood star - he worked as a firefighter and in his free time was engaged in comedy, performing for the local public.

At this time, Buscemi noticed a pretty girl who lived next door. Steve decided to attract the attention of Joe Andres with the help of his dog, demonstratively walking the pet next to the girl's house. The trick worked, and the beauty agreed to go on a date with him.

Later, the girl said that the interest was mutual from the very beginning - Andres more than once came across homemade posters with Steve's face for performances. Jo even promised her friends that one day she would "grab" this guy. At the first meeting, the girl did not recognize the person from the poster in Buscemi. Only when Andres was visiting the actor, everything fell into place. On the wall in his room, the same poster hung lonely. "So it's you!" Joe dawned. 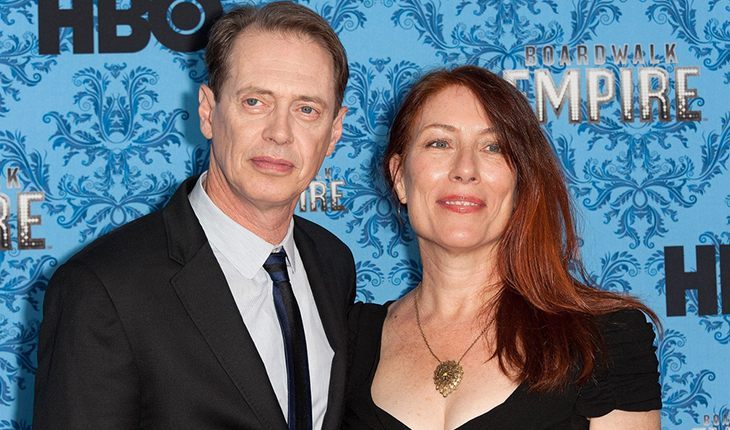 Steve Buscemi and Joe Andres
However, Andres was not a simpleton from the local star - she already managed to become famous thanks to short films, dances, and light shows in the most fashionable theaters in New York. Despite her deep sympathy for Steve, Joe was not going to enter into a serious relationship. While the actor was writing sad songs, yearning for his beloved, she went to travel around Europe for a month with another young man. Buscemi was sure that their romance was over, but upon returning from Europe, the girl still invited Steve to meet - they never parted any more. In 1987, Steve and Joe got married. Three years later, the lovers had a son, Lucian, who became a musician. The couple was happy for almost 30 years, but 2015 changed their lives forever - Joe was diagnosed with ovarian cancer. After chemotherapy, she was in remission, and two years later, cancer returned. And it soon became clear that the woman had encapsulated peritoneal sclerosis, which caused her death in January 2019. The depression of the actor left without a life partner was intensified by the quarantine in 2020 - Buscemi spent isolation all alone. However, despite his grief, he continues to work at his usual pace and asks those around him not to feel sorry for him. You can look at other Hollywood unions that have ceased to exist for one reason or another in the photo selection from editors of Zoomboola.

Iggy Azalea who is her mother
4.7