Main page
Interesting facts
Top 10 Expensive Types of Tea
Discuss
6
Tea is the second most popular beverage in the world after water. Statistics shows that everyday citizens of the world drink about three billion cups of this drink, which may be black, green, herbal, refreshing, tasty and warming. However, not all of us can afford to enjoy the rare types of tea, which cost thousands of dollars per kilo (sometimes the number of thousands of dollars can overreach hundreds). Read our article to know about the most expensive types of teas and its features. We also recommend you to get acquainted with the most interesting facts about tea. 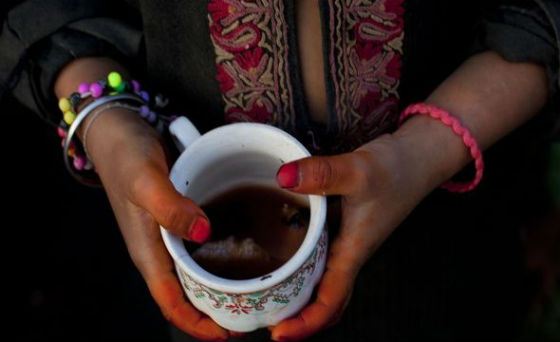 Everything about expensive teas and its features

The Most Pricy Types of Tea Ever 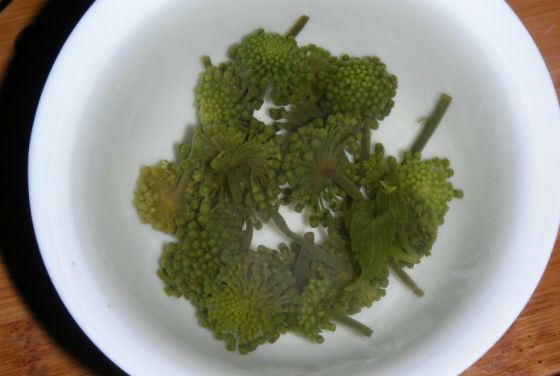 Tienchi buds look like broccoli
The scientific name of this tea sounds like «Panax Notoginseng». It is noteworthy that «panax» means «panacea» in Latin. Literally, it means «cure for everything». Indeed, Tienchi tea is considered to be one of the most healthy beverages in the world. For many centuries it has been used to relieve headaches and insomnia, as well as for total body detoxing.

Tienchi is a type of ginseng growing in the Southwest China. People use both buds looking like broccoli and roots of the plant. Tea sports a refreshing effect and leaves a pleasant aftertaste. It is often used in tea blends together with the Lotus seeds and Ginostemma leaves to heighten the wellness effect. 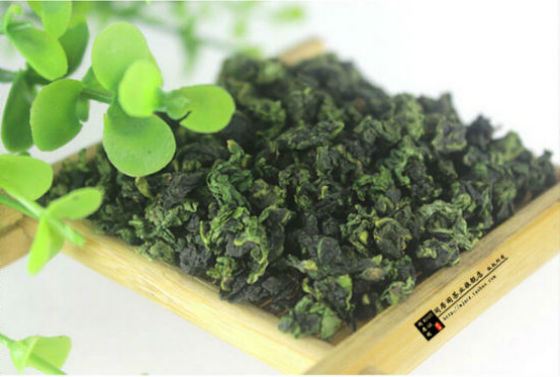 Tieguanyin tea is extremely popular in China
This turquoise oxidated oolong is considered one of the most popular teas in China. «Tie Guan Yin» means in Chinese «The Iron Goddess of Mercy». This type of tea impresses no less than its name.
How to Make Tieguanyin Tea
As a mysterious myth related to the Tieguanyin Tea origin story says, long time ago there lived a peasant called Wei Yan in a poor Chinese province. All days long he labored furiously. At nights he prayed in an abandoned Temple of the bodhisattva Guanyin, that was rejected by people. Once he fell asleep during praying. In dream, he saw Guanyin and asked him to look into the cave behind the temple. The next morning he found a lonely tea bush in a specified location. He took him to a village and planted near the house. Soon the bush gave sprouts and the peasant distributed it to relatives and friends. The goddess’ gift was so good that the tea was sold throughout the country within a short time. 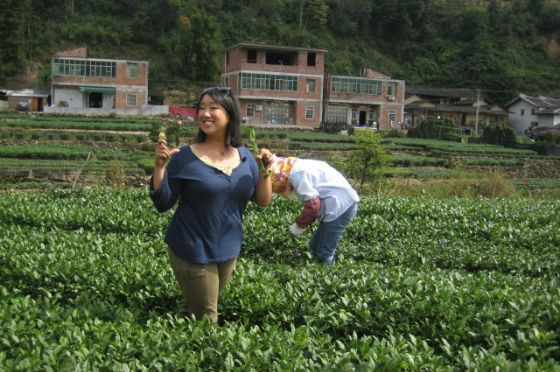 Today this tea grows throughout the Celestial Empire
Of course, this is just a beautiful legend, but tea is truly very tasty: it differs by its naturally sweet taste, watering the mouth after the first sip. Its aftertaste is equally pleasant. 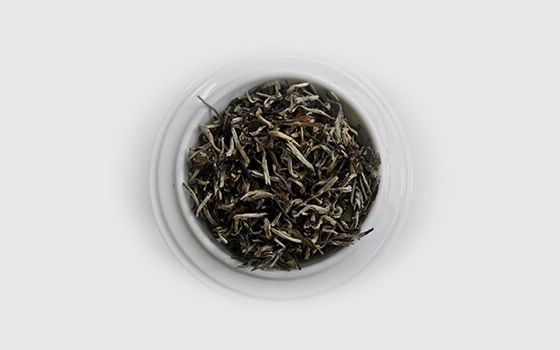 A rare tea type produced by Indian oldest tea plant
Makaibari is one of the oldest tea plants in India, located in the Darjeeling region. The elite type of tea was called in honor of this territory. This tea refers to oolong, i.e. to the class of semi-oxidised teas. This is something between the black and green tea and grows at the altitude from 1.5 to 2.5 kilometers above sea level. It can be collected during a full moon only. The legend says that the light of the full moon colors the tealeaves in unusual silver color. The tea type demonstrates anti-aging features and is good at stress eliminating. So it is recommended to drink before bedtime. 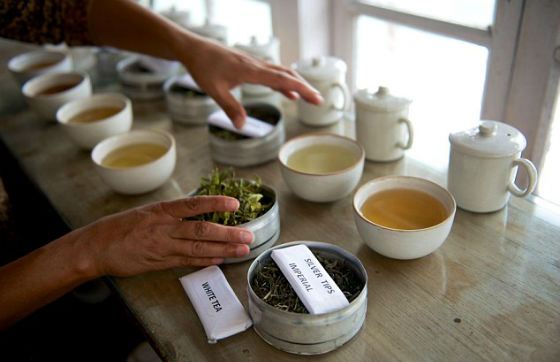 This tea can be collected during a full moon only
This was the type of tea placed in sachets decorated with diamond and produced by the British tea company PG Tips in the total amount of 280 pieces to its 75 anniversary. Each encrusted bag (2 grams of tea in each) was sold for $15 thousand. 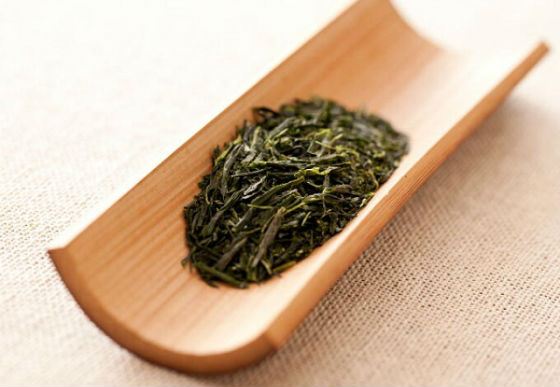 Gyokurois one of the most expensive green teas
Gyokuro tea type is one of the most popular teas in Japan. It is called «tea for guineas» in the country of Rising Sun and this sounds pretty truly. After steaming on seaweed it is saturated with calcium, iodine, and other microelements, that favorably affect mental activity. 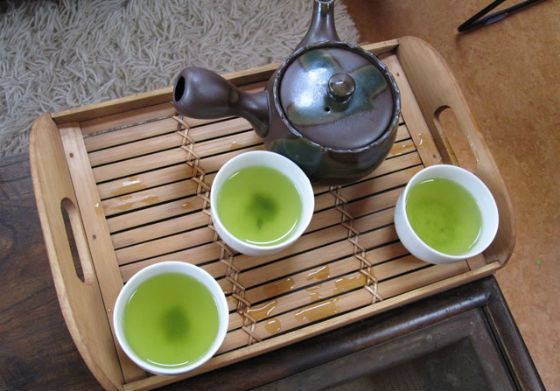 The Japanese Gyokuro tea is saturated with iodine and calcium
The method of so-called «shadow dry» (the bushes are covered with special tents three weeks before the collection) increases the final caffeine content in the tea and eliminates unpleasant bitterness. Despite other advantages, Gyokuro tea enhances visual acuity, removes toxins from the body and improves overall tone, so its high cost is rather justified. 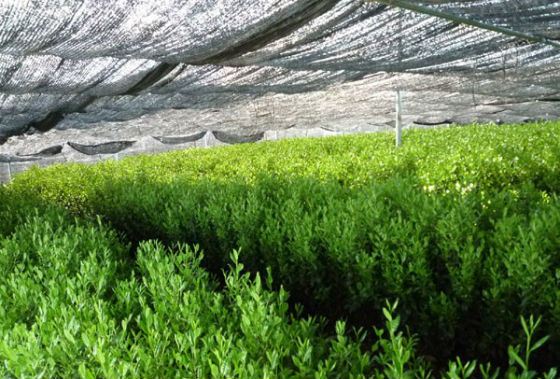 Gyokuro matures in the shade 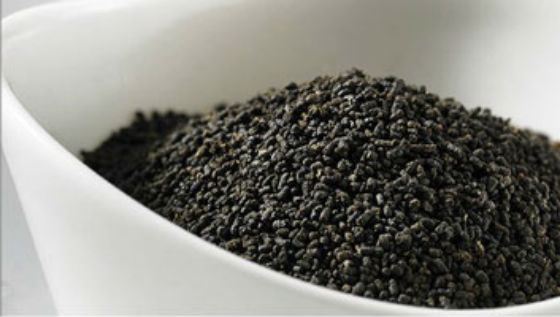 This is not quite a tea in traditional sense
You have probably heard of rather an expensive coffee Luwak, which is produced of the excrements of the Palm Civet, eaten coffee beans. So, the Chinese Poo Poo Pu-erh tea is a drink of the sort. Although it looks like a regular leaf tea, actually these are not leaves but excrement of moths of a special kind. It is specially cultivated on the tea bushes. These insect larvae feed exclusively on the leaves of tea. The plantation workers collect the waste of their livelihoods with magnifying glasses and tweezers. However, this is not only the daunting method of its collection that makes this tea one of the most expensive. It also sports medicinal properties due to which the wealthy Chinese drink this type of tea for three centuries. 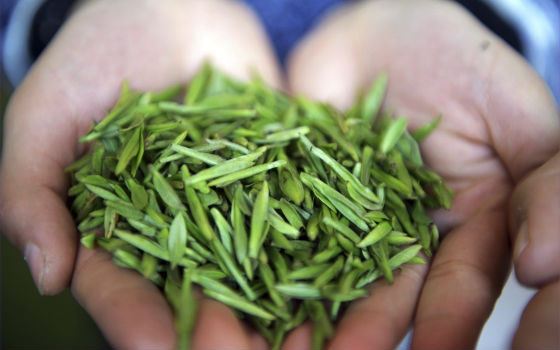 Panda Dung is an expensive and extravagant tea
In addition to the Poo Poo Pu-erh, the Chinese tea makers offer one more strange type of tea called Panda Dung. You have probably known that pandas eat bamboo, and their stomach absorbs only 30% of the plant, meanwhile the rest part of the bamboo goes out being almost unfermented. People used to enrich the soil where tea bushes grow with this bamboo rests. 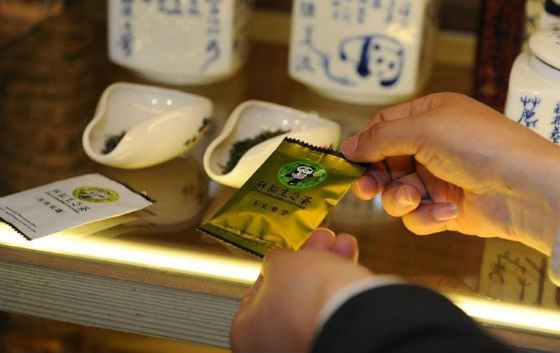 Panda is drawn on the in-house logo of the tea
From 2011 the founder of the Panda Dung blend, the farmer En Janša buys the bears’ excrements from zoos. He and his relatives personally fertilize its tea plantations with it. Since then, the tea type found loyal fans among Chinese patriots who believe drinking tea, grown on a symbol of China panda’s waste of vital activity, sounds like an outstanding act of patriotism. While some buyers, in contrast, were very disappointed: «Еhe Price is too high. Tea is delicious, but it doesn’t justify its price! Sounds like scam». 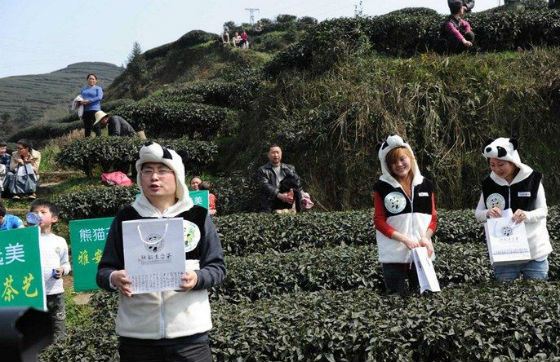 The Panda Dung tea plantation is fertilized with pandas excrements
The brand also produced its coffee sort. Meantime, the staff, including the An Janša, greets the visitors in the panda’s costumes. 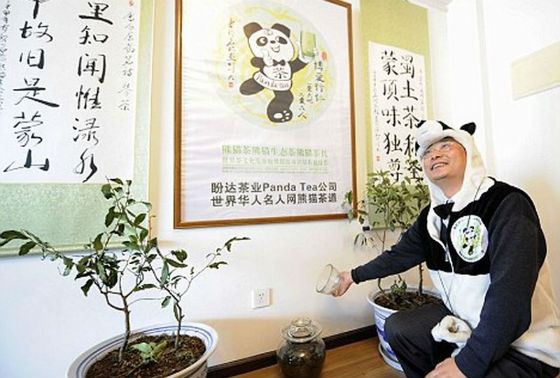 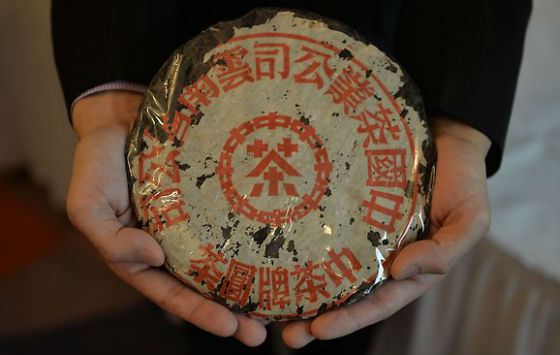 Vintage and fabulously expensive tea
In 2013, the box with leaves of this type of tea produced in the far back 1960 in the Wuyi Mountains was auctioned for $13000. It was bought by a collector from Hong Kong. He was interested both in the taste of tea type that has long stopped growing and in the travel way of the box that changed several owners and stayed unpacked. By the way, the tea is not Narcissus, as you might think from its name. It got its name from the God Narcissus of Greek mythology. 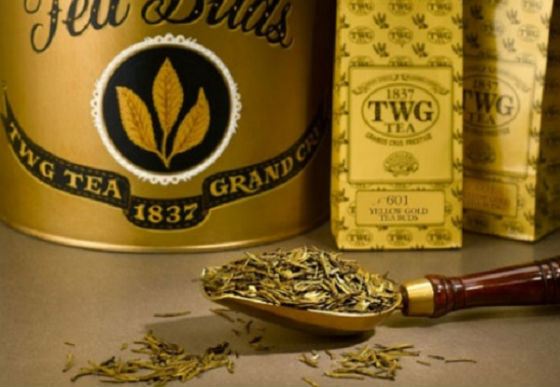 Yellow Gold Tea Buds is called golden by the reason
The Singapore company TWG that produces this premium type of tea claims that each bud is merged into the broth containing melted 24-carat gold while preparing. The percentage of gold in the broth is minimal and harmless for the human body. However, it is enough to give the tealeaves a unique, slightly metallic aftertaste and spectacular glitter. Meanwhile, as the sellers in the TWG in-house tea boutiques assure, this is an ancient Chinese tradition to add gold in the tea. This is explained that earlier the diet of the average peasant consisted mostly of rice, causing the lack of minerals in the body. The smart peasants melted coins and added the small pieces of metal into the kettle. 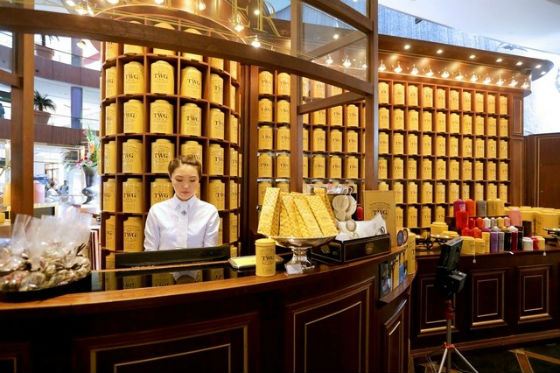 The counter of the TWG in-house tea boutique

The World Most Expensive Type of Tea 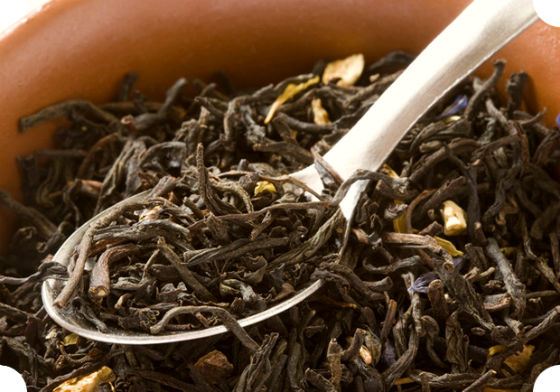 «Big Red Robe» Tea
Da Hong Pao is one of the most expensive drinks or so-called fabled «Big Red Robe». They say that in the 17th-century annals of the Tian Xin Si monastery people saw a record of a young man prepared for an exam for a higher occupation diligently for a long time. However, right before the exam, he fell seriously ill. The monks gave him a cup of tea that instantly cured him. He passed the exam successfully. When he got the red robe that was a symbol of his new occupation he came back into the monastery and presented it to the tea bushes in appreciation. 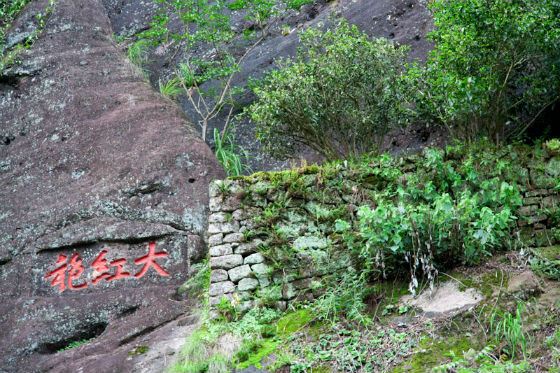 Six bushed survived until our days
There are just 6 bushes that were the witnesses the student’s magic healing. Annually people collect 400 gram of Da-Hong Pao leaves from them. The last time the harvest was sold in 2002. Since that time, all collected tea is stored in the State Treasury. Probably some Chinese dignitaries are allowed to drink this tea occasionally. It is known that 50 gram of the «Red Robe» were presented to the USA President Richard Nixon in 1972. Today the gift cost estimates half a million dollars.
How to brew Da-Hong Pao
Soon after people in the Europe learn about one of the most expensive drinks in the world, the tourist flow to the Tian Xin Si Monastery and Wuyi Mountains sharply increased. Everybody wanted to drink the tea, worthy of the President. Since that time, the local government has adopted the decree that allowed to consider Da Hong Pao each oolong, grown on the cliffs of Wuyi Mountains.

Alden Ehrenreich does he have a wife
3.9

Lucy Hale who is her mother
5.5

Ralph Fiennes does he have a wife
6.0