Main page
Interesting facts
Hollywood actresses who played superheroes girlfriends
Discuss (1)
1
«Behind every great man there's a great woman»,- says an English proverb. In this case, it is difficult to imagine how incredible superhero`s girl or wife should be. We've made the rating of actresses who have decided to perform on the screen the difficult role of such women. Vote for your favorite heroine, and write in the comments, who is still missing among the beauties.
1. 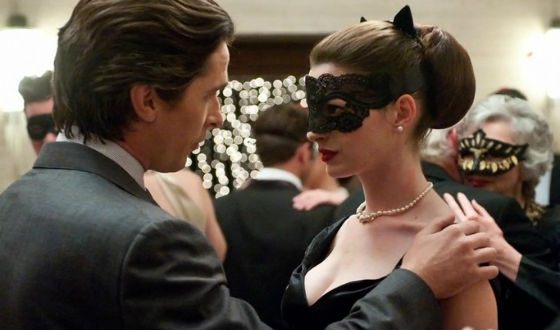 At various times, Batman was fond of the most beautiful women of Gotham City, including journalist Vicki Vale (Kim Basinger), Dr. Chase Meridian (Nicole Kidman) and girl Rachel (Katie Holmes). However, we believe that the hero heart was given to Catwoman, who once again appeared in his life by Anne Hathaway in the film «The Dark Knight Rises».
2. 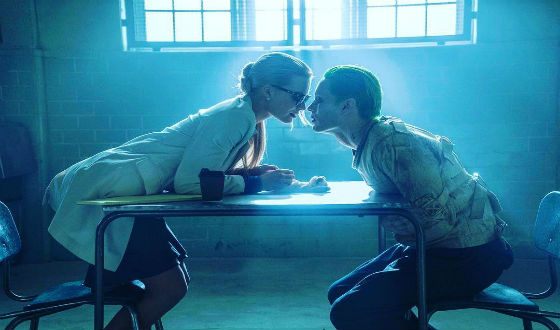 Between Harley Quinn and Joker truly insane relationship: for the sake of her beloved, she turned from a successful psychiatrist into a crazy superheroine, and Joker then uses her, then confesses her love. In the film «The Suicide Squad», the heroine of Margot Robbie appeared in a more independent way, skillfully playing with the feelings of Joker (Jared Leto).
3. 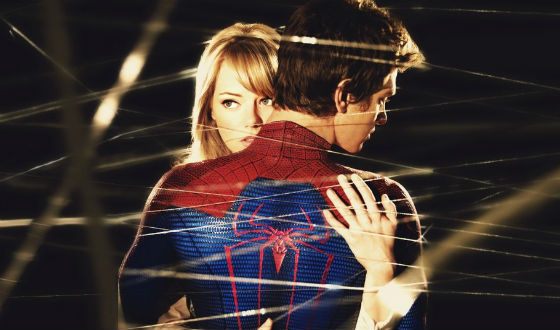 Gwen Stacy, the Spider-Man girl in the movie «New Spider-Man» is not the only lover of young superhero. Those who remember the first franchise with Tobey Maguire in the leading role know that «spider» has given his heart to Mary Jane Watson (Kirsten Dunst). However, now fans follow the development of the relationship between heroine Emma Stone and Andrew Garfield.
4. 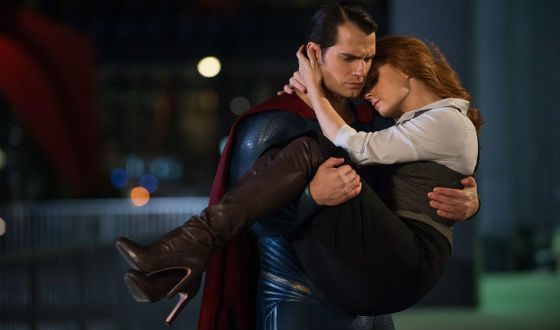 Superman is perhaps one of the most faithful characters: throughout all the films he is loyal to journalist Lois Lane. Amy Adams is the third actress who played the role of superhero`s girl , and fans agree that she was able to convey the character of an independent correspondent. Interestingly, the actress was later invited to the main role in the series «Sharp Objects», where she also appeared in the image of a journalist.
5. 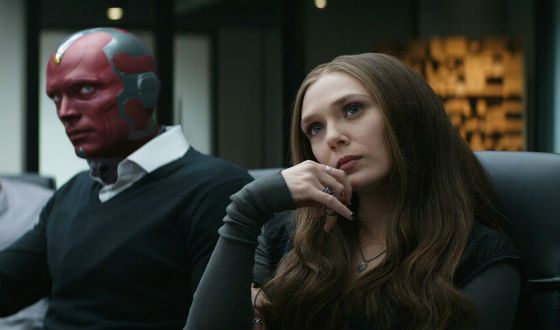 The relationship of Vision and Scarlet Witch was revealed only in the film «The Avengers: War of Infinity». The heroine of Elizabeth Olsen is in a difficult situation: she is wife of an android robot performed by Paul Bettany, whose life is in constant danger. The sequel «Avengers 4», which is expected to be released in the spring of 2019, will tell you if love save Vision.
6. 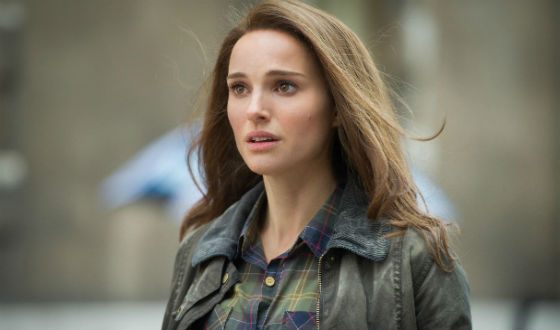 Nurse Jane Foster, played by Natalie Portman, had long doubted that her boyfriend was a real superhero. The actress last appeared in the movie «Top 2: The Kingdom of Darkness». In the next part of the franchise Thor says that he broke up with her lover. Perhaps, the point hasn`t yet been set, but so far Natalie is not involved in the filming about the Marvel universe.
7. 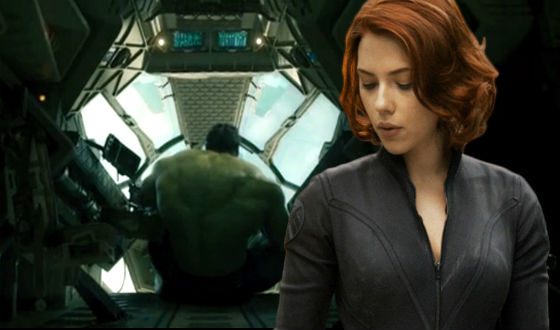 Life of the heroine of Scarlett Johansson, Black Widow, doesn't look easygoing: tasks for the mankind salvation come one after another, but she still haves to look after Hulk in the movie «Iron Man 2». Despite the fact that the green giant isn`t free - Hulk has long affair with Betty Ross (at various times this role was played by Jennifer Connelly and Liv Tyler) - in The Avengers the audience noticed the beginning of a new affair.
8. 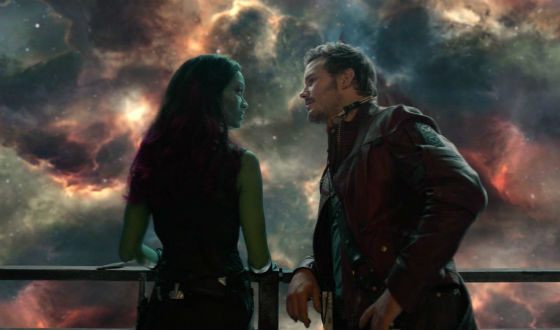 Star-Lord has long been in a friendzone with the beauty with green skin Gamora. However, the relationship between the characters Zoe Saldana and Chris Pratt have already in the film «Guardians of the Galaxy 2» begun to gather pace and in «The Avengers: Infinity War» it is completely obvious to everyone - they have a novel.
9. 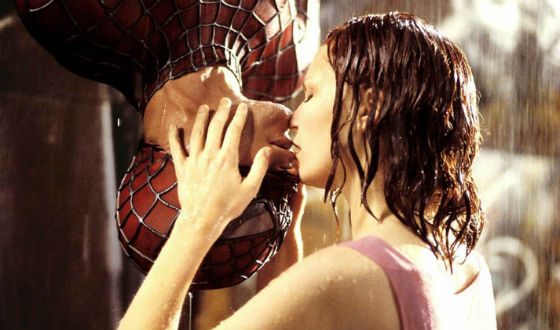 With the movie «Spider-man» began the era of Marvel Universe films. Fans of the franchise still consider the kiss of Mary Jane performed by Kirsten Dunst and Spider-Man in the role of Tobey Maguire as the best romantic scene in superhero movies.
10. 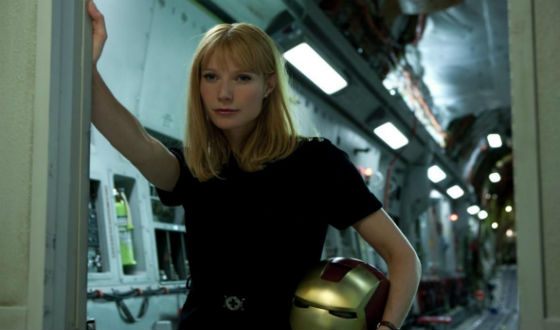 The hero of Robert Downey Jr., Tony Stark, fell in love with his secretary Pepper Potts, played by Gwyneth Paltrow. Throughout the films about Iron Man, their relationship is developing, and we see how Potts has turned into a bride and business partner of Tony.
11. 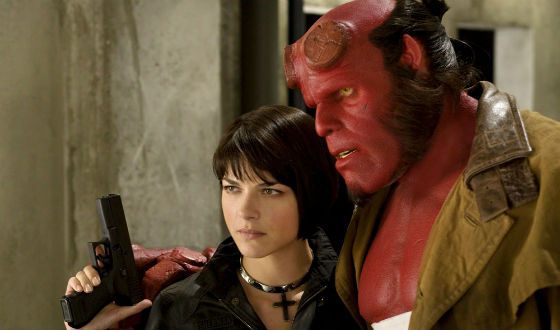 The fiery girl Liz Sherman, played by Selma Blair, survived a difficult childhood: she wasn`t 12 when she accidentally burned her family. Therefore, the romantic relationship with Hellboy became the rescue for both, and even ended in the birth of children. Interestingly, in the comics, Liz and the hero of Ron Perlman are just friends.

Thomas Sangster in his teens
6.0