Famous for her outstanding voice, the 33-year old actress Scarlett Johansson has announced the release of her new album. The track is titled “Apart” and is set to release on June 1st 2018. The author of the new songs is the American singer-songwriter Pete Yorn.

The album will feature only 4 pieces, including a new version of the song Tomorrow from Yorn’s 2016 album, Arranging Time and Bad Dreams, both of which have been presented by the duo in March. 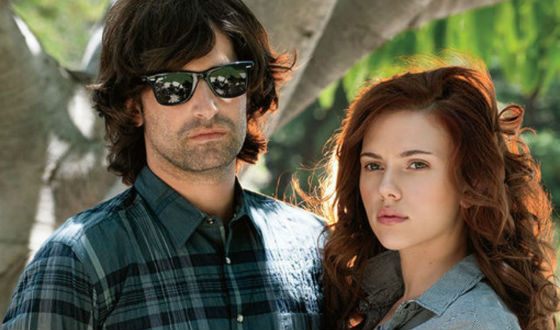 Scarlett Johansson and Pete Yorn
Johansson and Yorn started their partnership in 2007, when the latter invited the actress to take part in the recordings of the new album. Pete has admitted that he was worried about Scarlett being able to and knowing how to sing. However, it turned out that the young lady possesses a very distinct deep voice and even somewhat knows how to use it. The album released back then was labelled the “Relator”.

In 2008 Scarlett “dropped out” and released an entire album titled “Anywhere I Lay My Head”. It contained covers of the songs of the legendary Tom Waits. However, the critics didn’t single out her efforts and for some reason referred to the album as “the biggest disappointment of the year”.
Scarlett Johansson - Falling Down
In 2009 the Hollywood star cooperated with Yorn once again and they recorded the album “Break Up”.